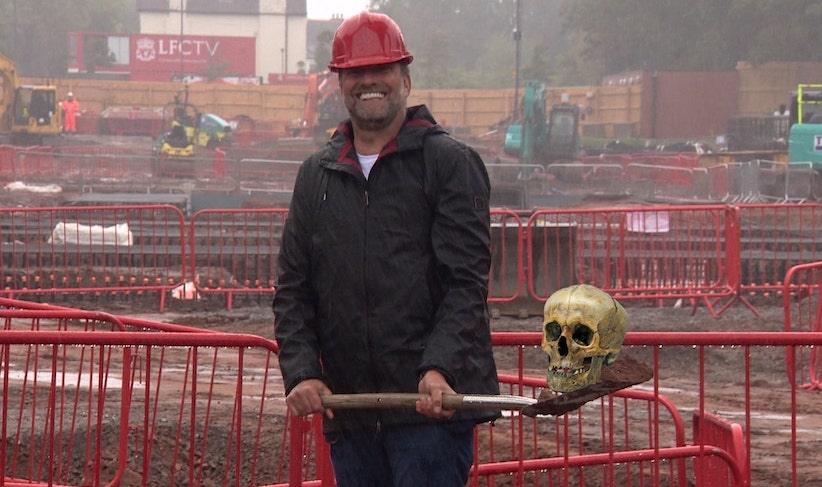 Jürgen Klopp got more than he bargained for during a sod-turning ceremony to mark the latest round of Anfield redevelopment. The German discovered a human skull after removing a spadeful of soil.

“For sure, unexpected,” he told Soccer on Sunday. “The police say the skull is not old, so there is speculation that it might be Loris Karius. Nobody has seen him in a while. The boys swear they didn’t kill him, and I believe them. But if they did, I’m sure it was an accident or just a mild beating that got out of hand.”

“Yes,” said the 54 year-old, when asked if additional skulls were unearthed. “After the first skull, we did find 6 more. The press want to talk about a serial killer — I prefer to deal in facts. Perhaps we have 7 independent murderers at Liverpool Football Club? Or multiple serial killers killing a few each?”

“I don’t want to preempt the police investigation,” he added. “But you can probably stick Suárez down for at least one.”