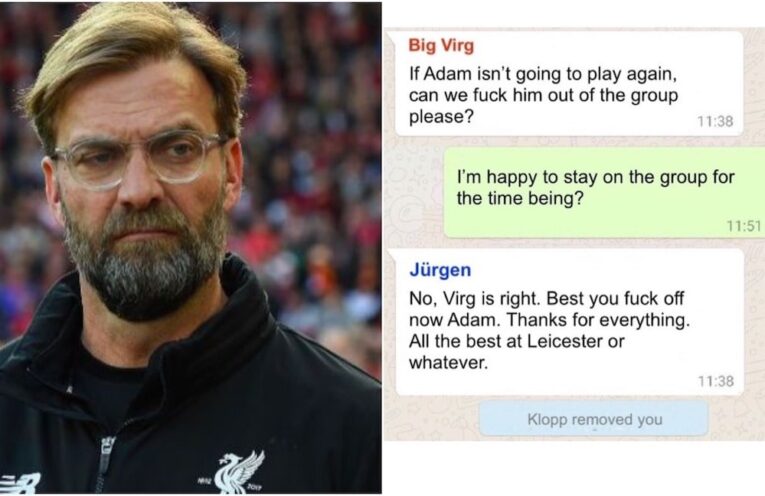 Jürgen Klopp has removed Adam Lallana from his squad’s WhatsApp group following the announcement that the midfielder will not play again for Liverpool. Lallana is tipped to join former boss Brendan Rodgers at Leicester when the transfer window reopens.

“I fucked him out,” Klopp confirmed to Soccer on Sunday. “It’s not a cool part of the job, fucking players out of WhatsApp groups. Especially a nice boy like Adam. Great guy, lovely hair — but it’s my job to fuck him out of the group, and that is the situation.”

“Yes,” said the German, when asked if Lallana requested to be re-added. “Hendo is also an administrator and added Adam back in, so I had to fuck him out a second time. It’s never nice doing these things twice.”

“I made Hendo not an administrator now,” added Klopp. “So Adam will stay fucked out.”