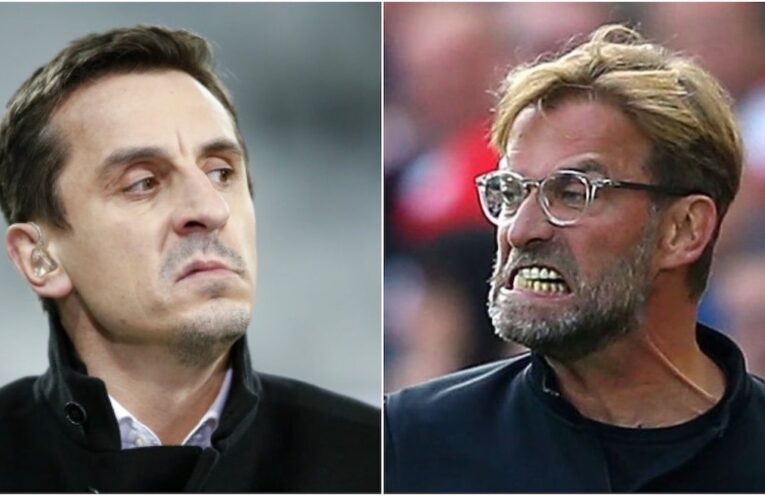 The war of words between Gary Neville and Jürgen Klopp has ratcheted up a notch after the Sky Sports pundit labelled the German a “clown”. The pair have been trading insults ever since Klopp criticised Neville’s opinionated nature.

“Me a clown?” Klopp told Soccer on Sunday. “Gary’s a cool guy, but in Germany we would call him a Flügensloßenheimerstag. There’s no perfect translation, but it’s like a cross between a cunt and a plonker — a ‘conker’, if you please.”

“He’s a poor man’s Phil,” said the Liverpool boss. “People talk about Gary like he’s the most valuable brother or whatever — they’re both Flügensloßenheimerstags in my book. But Phil has the less punchable face, and that is the situation.”

“I’m sure Gary will have an opinion on this,” added Klopp. “Typical Flügensloßenheimerstag.”