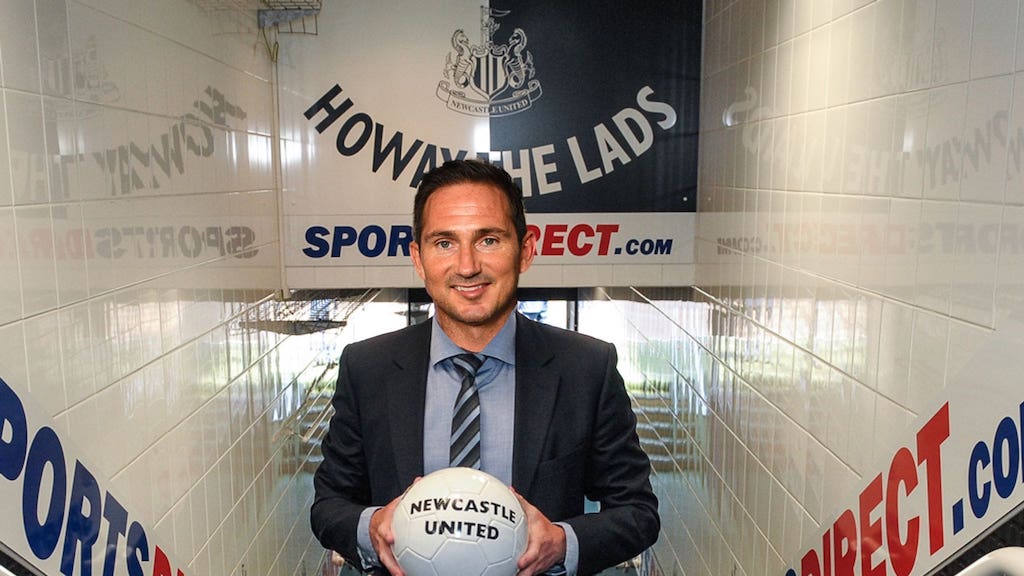 Frank Lampard has replaced Steve Bruce as manager of Newcastle UTD on a 3 year deal worth a reported £7 million a year. The Premier League club was taken over this week by a Saudi investment group.

“I’m over the Wooden Spoon,” Lampard told Soccer on Sunday. “Being on the Nat King Cole has been hard. So when the Dog and Bone rang and I saw Mohammed bin Salman’s name, I couldn’t Adam’n’Eve my Mince Pies. ‘Lamps’, said His Highness, ‘the Corn on the Cob is yours’. ‘Fuck off you James Blunt,’ I said, thinking it was JT ‘avin a Giraffe.”

“Obviously I feel for Steve,” said the 43 year-old. “Geezer hasn’t a Scooby-doo about football, but I’m sure he’s Schindler’s List about getting a bullet to the Loaf of Bread. My advice would be to not go crying to the Sky Scrapers about it. Unless he’s looking for Barney Rubble.”

“Walk away with some Midnight Mass,” he added. “Don’t go acting the Ethan Hunt.”