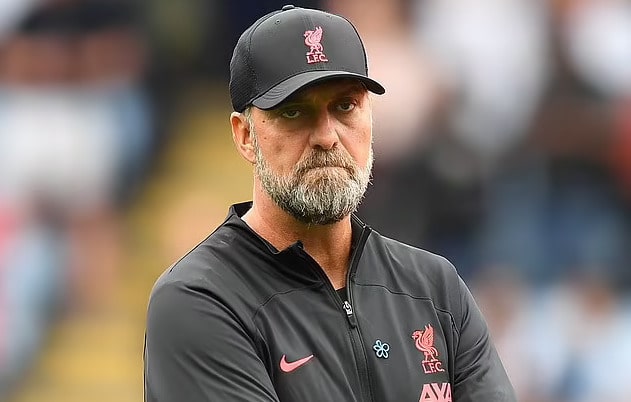 Jürgen Klopp has declared his side out of the title race following the Premier League’s opening round of fixtures. Liverpool find themselves in 12th place after only managing a draw against promoted Fulham.

“For sure, the title is gone,” Klopp told Soccer on Sunday. “People say there is still time, but what planet are these idiots on? City will stay 1 or 2 points ahead of us for the rest of the season now. Same old fucking story. Everything is shit.”

“It’s nobody’s fault,” said the German. “Except Trent. If anybody knows how to stop that dozy shitebag taking 40 winks at the back post, I will pay them £1 million in cash. But that’s for next season. This season is obviously gone.”

“Just get me to May,” added Klopp with a sigh.