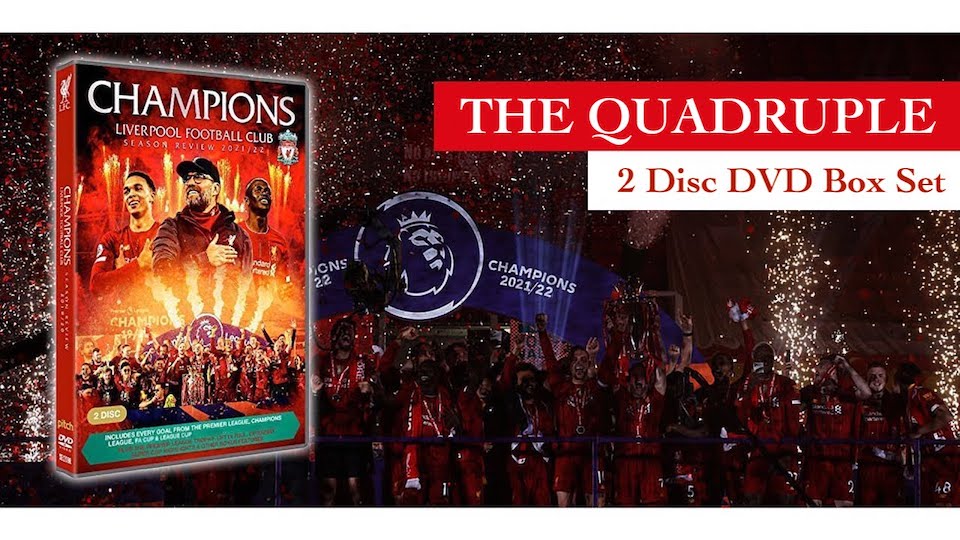 “It’s a fitting tribute,” captain Jordan Henderson told Soccer on Sunday. “To win all four trophies, as we’re about to do, is very special. There’s a few spoilers on the DVDs, so fans might want to wait a few more weeks. It’s better to watch those games without knowing the results, to be fair.”

“A dream come true,” said the 31 year-old, when asked about the historic quadruple. “And the really mind-blowing part, is that we’ve won the quadruple next season too. So it’s a double-quadruple, if you will. I don’t think anybody expected that.”

“The DVD box set for next season’s quadruple will be out in June,” he added.