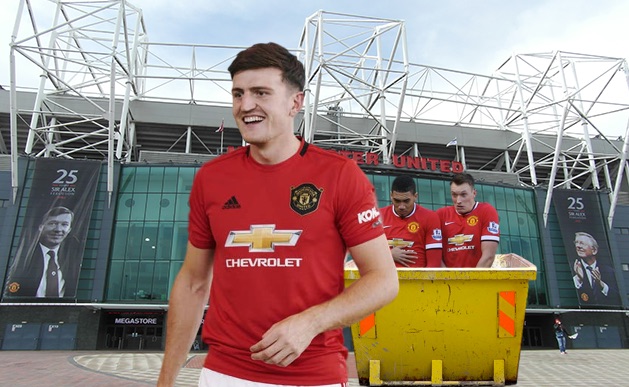 Harry Maguire has been photographed dumping UTD veterans Chris Smalling and Phil Jones into a rubbish skip outside Old Trafford. The world’s most expensive defender was reportedly keen to lay down a marker of authority. 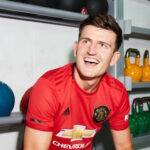 “Out with the old, in with the new,” the former Leicester defender told Soccer on Sunday. “People say it’s disrespectful to Phil and Chris, particularly when I dumped a sack of old takeaways and nappies in on top. But this is UTD — Roy Keane bundled Djemba Djemba into the boot of his Ford Focus in 2005 and the lad was never seen again. So I’m a pussy cat, by comparison.”

“It’s not like they have to live in the skip,” said Maguire. “I told them they can climb out in a few weeks. The wives kicked up a stink, but once I offered to dump them in on top of their husbands they soon tucked in their tails.”

“Fred?” he added. “The sneaky git climbed into a ventilation shaft and my head was too wide to follow. But it’s the skip, or the same barrel of acid in an abandoned warehouse near Salford that the crumbs of Djemba Djemba are sloshing about in. Fred’s choice. I’m happy out either way.”