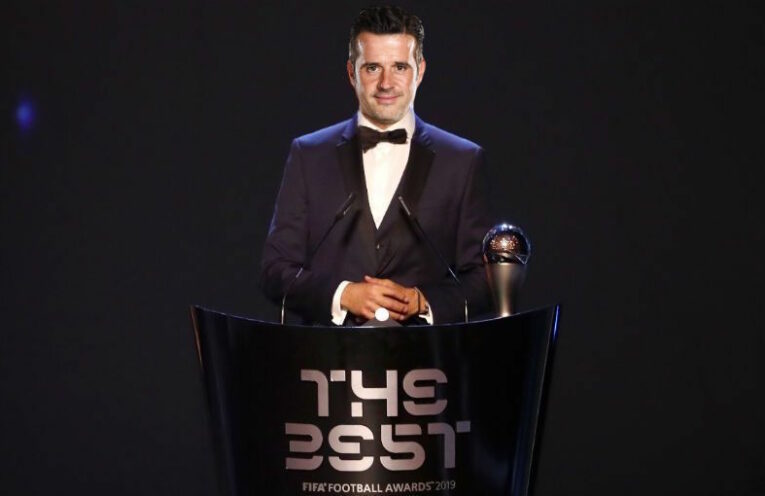 Marco Silva has picked up the ‘Dead Man Walking’ award for the second year running at FIFA’s annual award ceremony in Milan. The Portuguese manager is poised to be sacked after guiding Everton to within 3 points of the relegation zone.

“It’s a huge honour,” Silva told Soccer on Sunday. “I’ll put this on the mantelpiece with last year’s ‘Dead Man Walking’ award — hopefully I’ll pick up a few more, right before being sacked. I just need to stay hungry and terrible at management. The rest will work itself out.”

“I’ve said my goodbyes to the players and staff,” added the Everton manager. “So it’s actually a bit awkward now if I’m honest. Vera from the canteen baked me a leaving cake and I made a big speech. That was two weeks ago. Vera slapped me yesterday and said she doesn’t appreciate being messed about. I slapped her back and now HR are all over me. It’s a difficult situation.”

“What are you waiting for, Mr Kenwright?” said Silva. “My bits and bobs are all in the boot of my car. Swing the axe, for fuck’s sake.”