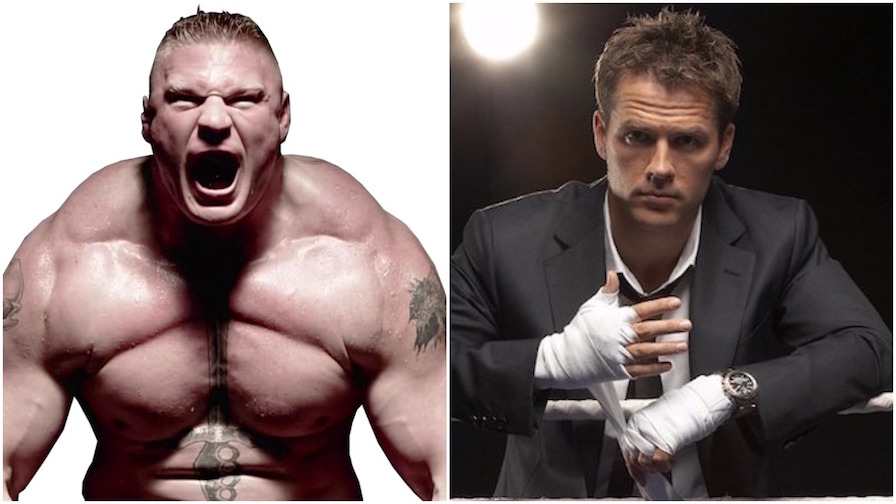 Michael Owen will take on Brock ‘The Beast‘ Lesnar at WrestleMainia 33, according to the WWE. The Newcastle legend has been trading barbs with 6 foot 3, 20 stone Lesnar on Twitter for several months. The pair will finally settle their differences in a Loser Leaves Town cage match on April 2nd 2017.

“I’ll rip Lesnar’s head off,” Owen told Soccer on Sunday. “I’ve not wrestled before, but how hard can it be? My finishing move will be The Toonstone. I’ll lift Lesnar over my head and spear tackle him into the concrete outside the ring. I do it with the kids all the time. Not the spear tackle bit, obviously. I accidentally did that last year to my little girl. Six months in hospital she was, with a chipped spine. Herself in doors wasn’t best pleased with me. Serious doghouse over that one, let me tell you.”

Lesnar insists that the bout with Owen is personal.

“I hate Michael Owen,” the former UFC Heavyweight Champion told Soccer on Sunday. “He friended my children on Facebook and told them he was going to kill them. That’s crossing a line. His forty thousand hamstring injuries are nothing compared to what I have in store for him at WrestleMainia 33.”