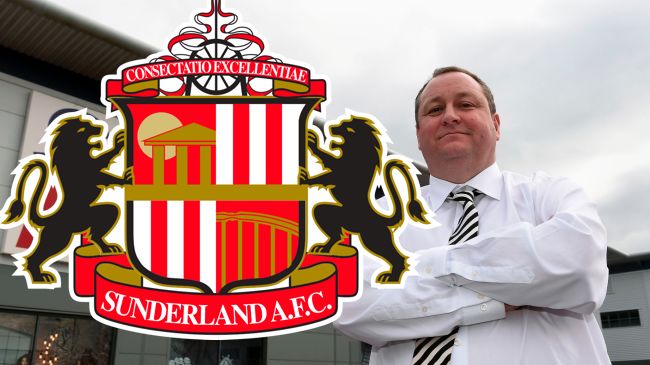 Mike Ashley has launched a bid believed to be in the region of £31 million for League One promotion chasers Sunderland. The businessman sold Newcastle UTD to a Saudi investment group for 10 times that figure earlier this week.

“Why not?” he told Soccer on Sunday. “Sunderland, Newcastle, Potato, Potato — same difference. They all look similar up that way — like they’ve the same thing wrong with them or something. Anyway, I’ve got the spondoolicks, and I’m pretty sure they love me in the North-East.”

“I’ll just re-use my Newcastle playbook,” said the 57 year-old. “Get in there, cut costs, slash investment, trim wages, buy nobody, cut more costs, and bish-bash-bosh, Bob’s your uncle, bought by a sheik.”

“Stadium of Light?” he added. “It’ll be the Stadium of Shite by the time I’m finished cutting costs.”