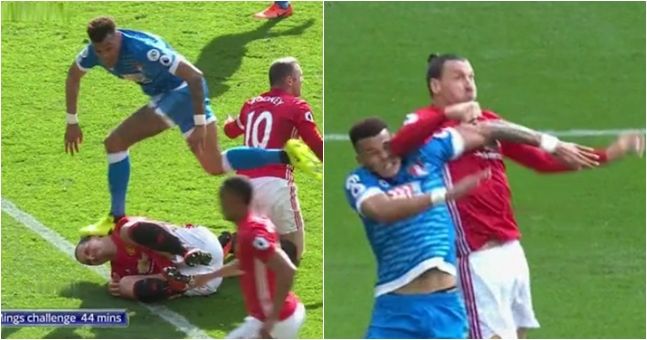 Tyrone Mings has accused Zlatan Ibrahimovic of deliberately headbutting his foot during their ill-tempered stalemate at Old Trafford. Mings appeared to stamp on the Swede’s head, but the Bournemouth defender insists the opposite is true. 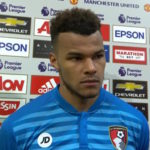 “Zlatan’s on the ground, and I’m just looking to get by,” Mings told Soccer on Sunday. “I say ‘excuse me, coming through mate’, but I can see him look me dead in the foot. Next thing, BANG! He footbutts me, right in the 4th metatarsal. I’m lucky to be alive.”

“It’s early days,” added Mings. “My doctor says I’m probably looking at a foot transplant. Well, I say doctor, but Terry’s really more of a squirrel vet who drinks in the local boozer.”

“I say squirrel vet, but I don’t think Tel went to college or anything,” added Mings. “He just knows a lot about squirrels, and does surgery on them in his kitchen. He could probably do with some formal training, to be fair. So many dead squirrels.” 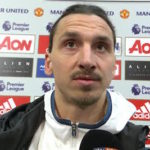 Ibrahimovic denies footbutting Mings, and has accused his opponent of elbowbutting him during an aerial challenge.

“I’m lucky to be alive,” the Swede told Soccer on Sunday. “Before the corner, I see him look me dead in the elbow. Ball comes in, BANG! He’s come through my elbow like a rhino on crack. An inch lower, and my doctor says I would have permanently lost the ability to hoover.”

“I say doctor,” added Ibrahimovic, “but Del doesn’t have a college degree or anything. He mainly treats zebras for depression in Chester Zoo. A Zebchiatrist, I guess.”