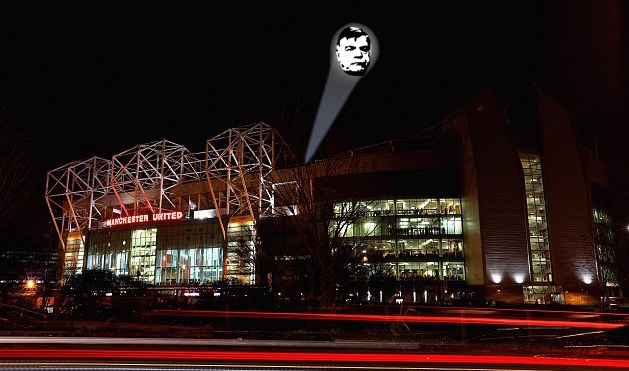 The ‘Big Sam’ distress signal was spotted lighting the night sky above Old Trafford in the early hours of this morning, following the sacking of José Mourinho. It is believed that Chief Executive Ed Woodward made his way to the stadium roof minutes after dismissing the Portuguese manager, and with a heavy sigh, plugged in the emergency device. 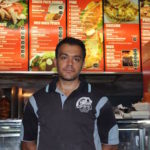 “Mr Allardyce was in my shop when the signal went up,” Osman Abbar, owner of Kebab’s Your Uncle told Soccer on Sunday. “‘Jesus Fucking Christ’, he said when he saw it, spitting crumbs all over a family in the next booth. Then he shimmied out of his booth, which took a minute, and made a beeline for the phone box across the road.”

“I could see him stripping to his Y-Fronts, because his ass cheeks were pressed against the glass,” added Abbar. “When he came out, his clothes didn’t seem all that different, so I’m not sure what the point was.” 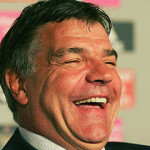 Allardyce admits he was delighted to finally see the Sam Signal lit above a club of Manchester UTD’s stature.

“I’m over the wooden spoon,” he told Soccer on Sunday. “José obviously had his style, which was a bit foreign for my liking. Too much passing and fannying about. Well, I can assure the fans that the fannying stops now. If you want fanny, visit a chinese whorehouse. But if you like direct football played in the air, living on scraps, nicking wins from deflected set pieces, then you’ll have now’t to complain about.”

“I look around the squad, and there’s an embarrassment of lummoxes,” added the former Everton manager. “Probably I’ll play Fellaini in the hole behind Lukak’s massive hole, in a sort of Big Lummox Little Lummox partnership. Obviously it won’t be pretty, but my job is to grind this wonderful club back to where it belongs, well clear of Wolves.”