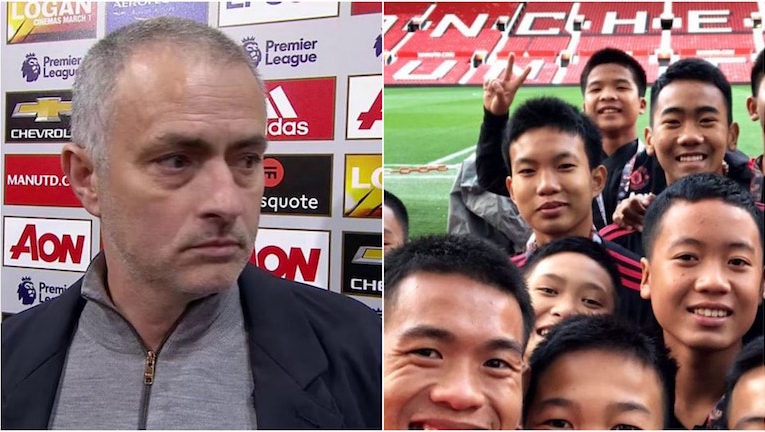 José Mourinho has strongly criticised the twelve boys who were rescued from a flooded Thai cave in July. The Manchester UTD manager has been accused of throwing the youngsters under the bus during their visit to Old Trafford on Sunday.

“It’s a cave,” the former Chelsea manager told Soccer on Sunday. “Just swim out. Do you think an 11 year-old Fellaini sits waiting to be rescued? No. A young Fellaini would elbow a hole in the wall, or at least kill and eat some companions. But boys trapped in caves today are not like boys trapped in caves 10, 15 years ago. Perhaps too much cordless telephones and Facestagram.”

“Do I call these boys spineless, jelly-legged windbags?” added Mourinho. “This is not for me to say. If I say what I think about these Thai boys, I get fined. So I say nothing.” 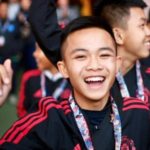 13 year-old Somepong Jaiwong insists that the criticism did not ruin an enjoyable trip for himself and his fellow rescued teammates.

“Shaking Mr Mourinho’s hand was amazing,” he told Soccer on Sunday. “Obviously he squeezed as hard as he could before being pulled away by his staff, but still. He whispering to me that I’m a ‘Right little Pogba’. Then he screamed that we’re all a pile of Pogbas. To be compared with one of the world’s greatest players? Well, it was very flattering.”

“When Mr Mourinho was leaving, he held up three fingers and shushed us with a finger from the other hand,” added Jaiwong. “Michael Carrick told us afterwards that the three fingers refers to the number of times he’s rescued himself from caves. He’s so great.”