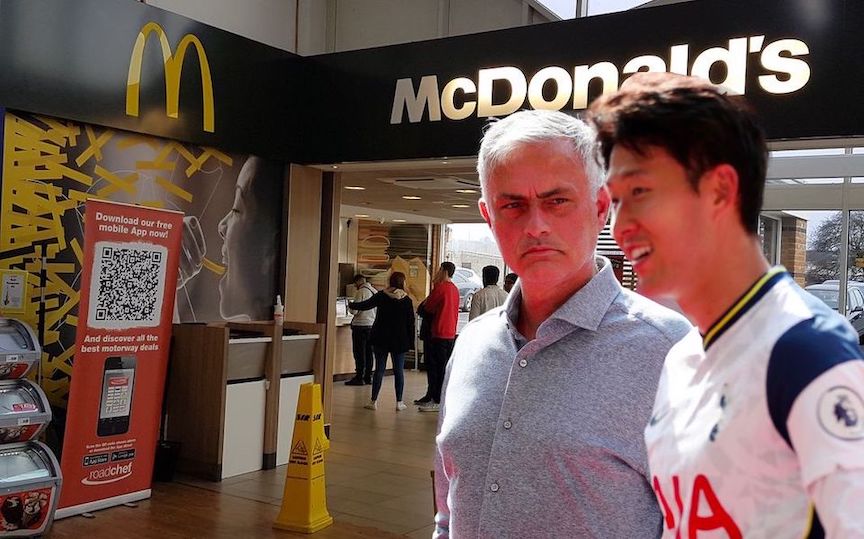 José Mourinho was spotted taking Son Heung-min for a McDonalds after Spurs’ disappointing 3 – 1 loss to UTD on Sunday. Ole Gunnar Solskjaer had criticised Son for playacting, suggesting his own children would go without food for such behaviour.

“We had a nice meal,” Mourinho told Soccer on Sunday. “Sonny is vegetarian, so I had to force open his jaws and push the Big Mac down his throat. He choked and vomited several times, but the burger is in him now. Perhaps it has even come out the other end.”

“I hope Ole is watching,” said the former UTD boss. “This is how a good father treats his babies, force feeding them food they hate and so forth. I had the opposite problem with Luke Shaw, to be fair.”