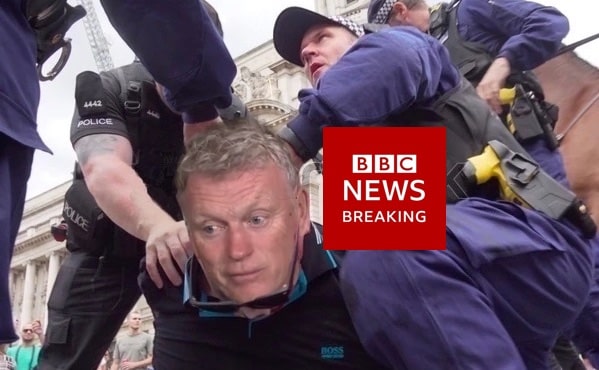 David Moyes has been arrested and charged with the attempted murder of a ballboy following West Ham’s defeat to Eintracht Frankfurt. The 59 year-old received a red card for launching a football towards the youth’s head.

“It’s a witch hunt,” Moyes told Soccer on Sunday. “Did I intend to kill the lad? Yes I did. Probably that’s getting myself into more trouble, but people have to understand that football is a high-pressure environment. Show me the football man who hasn’t tried to kill someone, and I’ll show you a liar.”

“No, I’ll not apologise for being me,” said the Scot. “You call it trying to kill a ballboy, I call it passion. My lawyer says I’m looking at a 5 to 6 stretch inside, but that only increases my hunger to do my time, get out, win football matches and attack the occasional ballboy.”