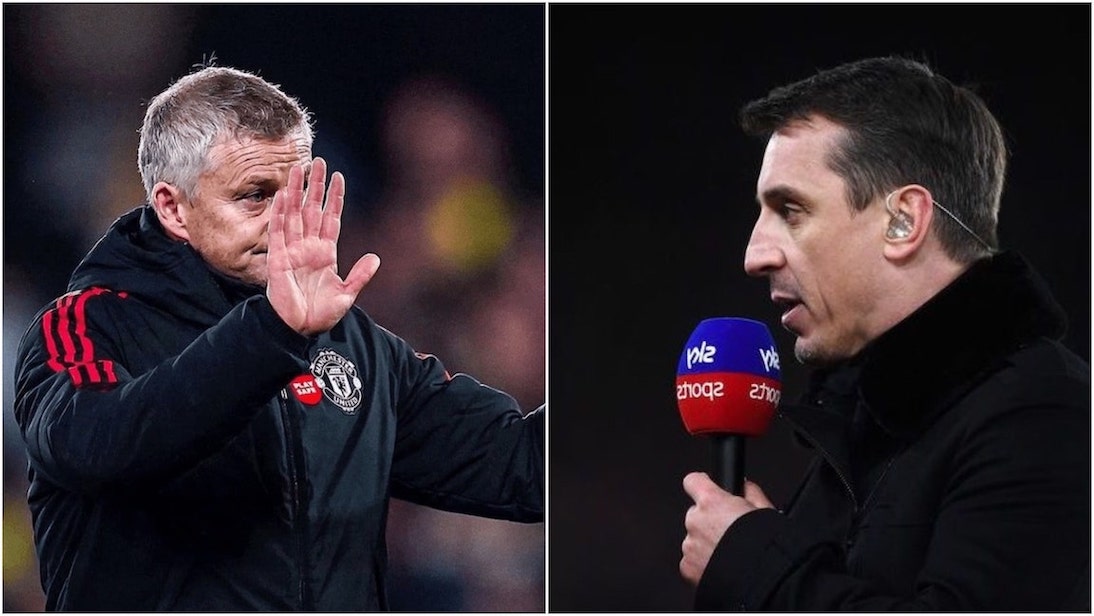 Gary Neville has called on UTD to act quickly and remove Ole Gunnar Solskjaer after the club’s humiliating 4 – 1 loss to Watford. The Sky Sports pundit had previously been reluctant to call for his former teammate to be sacked.

“Jesus Christ, sack the cunt already,” the former full-back told Soccer on Sunday. “That’s not me being disrespectful. Ole is a lovely guy, but he’s clearly a horrible manager. If he was a milkman or a plumber, he’d have been sacked long ago for broken bottles or overflowing shitters. So why the double standard?”

“Ordinarily I don’t like calling for managers to be sacked,” said Neville. “But chuck his things out the window into a skip, escort him from his office, and throw him face-first into a puddle in the carpark. It’s cruel, but that’s the ruthlessness you need at this level.”

“Pre-sack him from his next job too,” he added. “Which is probably Molde.”