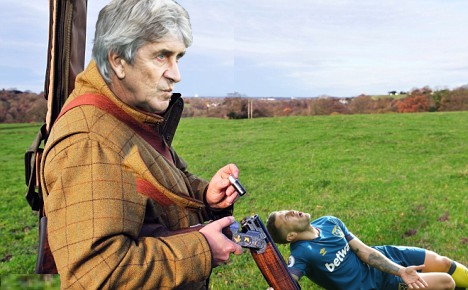 Manuel Pellegrini humanely shot and killed Jack Wilshere today after the midfielder suffered yet another injury setback. The Chilean chose to end the suffering of Wilshere rather than prolong his agony any further. 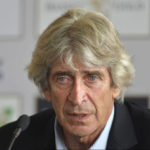 “Jack is no longer in pain,” Pellegrini told Soccer on Sunday. “I’d like to express my condolences to Sally and the kids. I only wish it was a clean kill, but Jack sneezed as I pulled the trigger and the bullet took off the side of his face and some of his brain. I had to chase him through the countryside for 2 or 3 miles to finish him.”

“It goes to show he could move when he wanted to. I nearly offered him a new contract,” joked the former City manager.

“I’d love to say that he didn’t suffer at the end,” added Pellegrini. “But I’d no more bullets, so I had to finish him with the butt of the rifle. Took two hours, if you include toilet breaks and stopping to eat my sandwich. It’s over now though. Jack is finally at peace.”