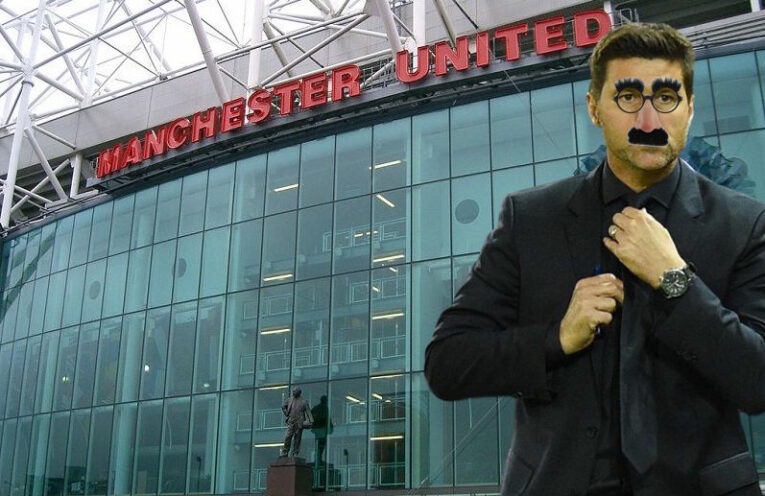 Ed Woodward has been forced to deny secretly meeting with newly-available Mauricio Pochettino at Old Trafford this evening. A photo has emerged of what appears to be the Argentinian leaving the stadium in disguise.

“It wasn’t him,” Ole Gunnar Solskjaer told Soccer on Sunday. “Ed says it was his old pal Frankward McFranklinsonstein. Sounds like a made-up name, I know, but Ed assures me that himself and McFranklinsonstein were homosexual lovers in university. Why would he lie about something like that?”

“I do see the resemblance,” added the former striker. “Lose the glasses, tidy up the eyebrows and McFranklinsonstein is a ringer for Mauricio. But that’s nothing — when Frankward’s wife pulled up to collect him, it may as well have been Betty Pochettino. Same hair, same accent, same mole, same first name, same car, identical children in the back seat.”