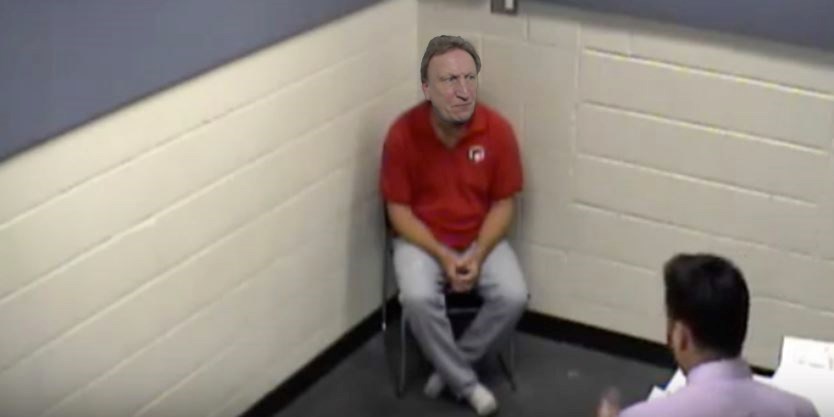 Welsh Police have continued to question Neil Warnock over the disappearance of Premier League referee Craig Pawson. Warnock was incensed by a number of decisions during yesterday’s 2 – 1 loss to Chelsea at the Cardiff City Stadium — the last known whereabouts of Pawson. 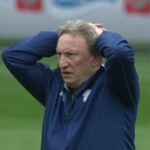 “It’s a witch hunt,” Warnock told Soccer on Sunday via his lawyer. “You threaten to kill a ref in the tunnel after a game, and suddenly you’re suspect number one when the filthy cretin disappears. I bet Craig is laughing his filthy head off right now on a beach near Tijuanna, and not slowly dissolving in a barrel of acid in an abandoned warehouse near Rumney, just off the A48.”

“The police are putting 2 and 2 together and getting 4,” added the former Crystal Palace manager. “No disrespect to the piggy, oink-oink scum — I know they have a job to do. But the chances of finding Graham undissolved in a barrel of acid seem very slight. I hear the lovely Mrs Pawson is causing a stink, but she could find herself in a barrel too, if she doesn’t leave well enough alone. There’s a lot of weirdos out there, is all I’m saying.”