Queen and William Spotted Loading Up on Stella for Final 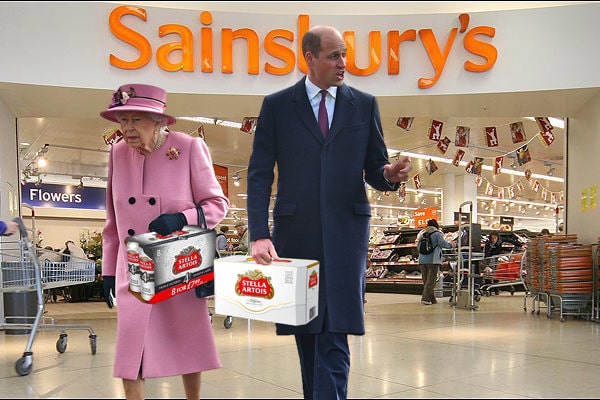 Queen Elizabeth and Prince William have been spotted loading up on cans of Stella Artois for this evening’s European Championship final. The royal pair visited a local Sainsbury’s in Westminster to avail of a half-price promotion.

“One is half-pissed already,” the Duke of Cambridge told Soccer on Sunday. “At this rate, one might not even be awake to see Gareth and the boys triumph over those greasy foreign chaps. The last time one downed Stella this early, Kate found one naked on the palace grounds caked in one’s own vomit and defecation. The Duchess had to obscure the royal penis with her handbag.”

“I doubt it,” said His Royal Highness, when asked if he expects Harry will watch the final. “Whatsherface controls the TV remote in that palace. One is whipped, big time.”

“Can someone hand me the royal bucket?” he added. “I think I’m going to puke.”