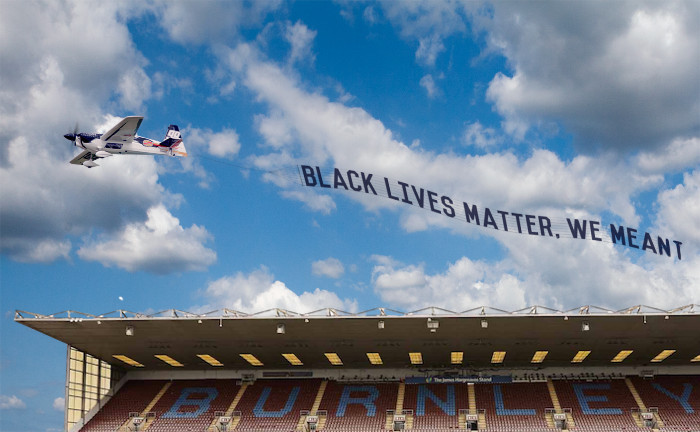 A group of Burnley fans have flown a banner over Turf Moor bearing the text ‘Black Lives Matter, We Meant’ in an apparent U-Turn of a previous message. A spokesman insists that the original banner contained an error. 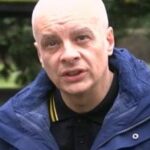 “It was a typo,” John Milton told Soccer on Sunday. “Where it said ‘White‘ on the first banner, was supposed to be ‘Black‘. People will probably say, ‘Pull the other one John, you racist cunt.’ But I’m telling the Babe Ruth.”

“Anyway, we’ve cancelled out the first banner with the second,” said Milton. “What’s important now is that everybody moves on very, very quickly. The police, the media, the police — everybody. ”

“Mostly the police,” he added.