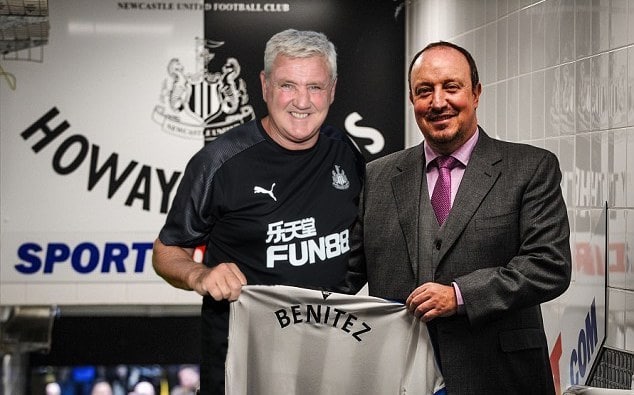 Rafa Benitez has been appointed joint manager of Newcastle UTD alongside Steve Bruce less than two years since leaving the club. The unusual arrangement is Mike Ashley’s attempt to arrest the team’s slump towards relegation.

“No, I haven’t been undermined,” Steve Bruce told Soccer on Sunday. “People think just because Rafa’s moved into my house with my missus and I’m living in a Holiday Inn near Jesmond, that he’s the gaffer now. But every decision is 50-50, and then Rafa makes the final call. He’s overruled me three times in the last 40 minutes, so the system clearly works.”

“Little’s changed,” said the 60 year-old. “The players call Rafa ‘Gaffer’ now, and a few have started calling me ‘Steve’, or ‘Cavity Block Head’. That’s just hurtful banter though. As I say, the respect is still there.”

“You’ll have to excuse me,” added Bruce. “Rafa’s just texted. He wants me to drop around and show him how to heat the water in my house.”