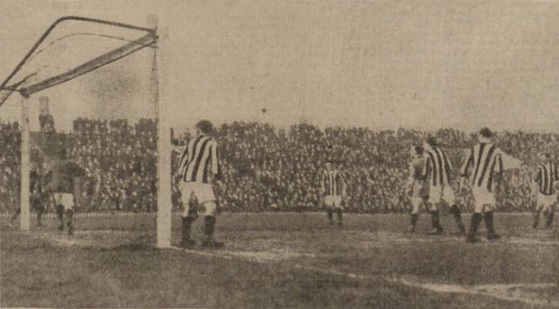 There were emotional scenes in Dublin this evening as fans marked the centenary of the Republic of Ireland’s last goal. It’s 100 years since Seán Óg Murphy’s deflected cross fooled goalkeeper Scott McHamish in a 9 – 1 hammering by Scotland at Hampden Park. 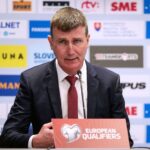 “It’s an emotional day,” Republic of Ireland boss Stephen Kenny told Soccer on Sunday. “Seán Óg’s deflected cross inspired many generations who came after. My grandfather saw the goal with his own eyes and suffered a stroke. That’s how much it meant to people.”

“Will Ireland score again in my lifetime?” said Kenny. “I think that’s probably not realistic. Fans get a bit carried away with talk of Seán Óg’s goal, but people forget it wasn’t even a shot. It was a cross that took a deflection.”

“So let’s maybe keep our heads out of the clouds,” he added.