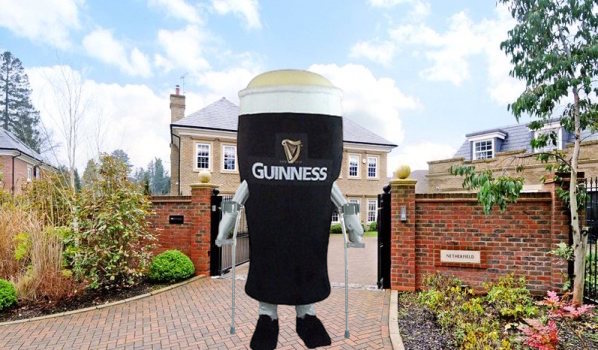 Richard Keogh has been snapped on his way to a Halloween party, dressed as a pint of guinness, in his first appearance since the car crash that ended his season. The former Derby captain was sacked for gross misconduct following the drinking binge that led to his injury. 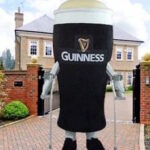 “It’s all backwards,” Keogh told Soccer on Sunday. “Mason and Lawrence were the ones behind the wheel — sack those cunts and give me the Mickey Mouse fine. This is like giving Bill Cosby a slap on the wrist and throwing the book at the random lady who played Mrs Huxtable. Where’s the justice?”

“All I did was lie down on a back seat,” added the Irish international. “Next thing there’s flashing blue lights everywhere and my kneecap is on the same side of my body as my arse. My first reaction was, ‘If that’s my knee, where’s my belly button, penis and balls?’ Took a while to figure out what was twisted where, to be fair.”