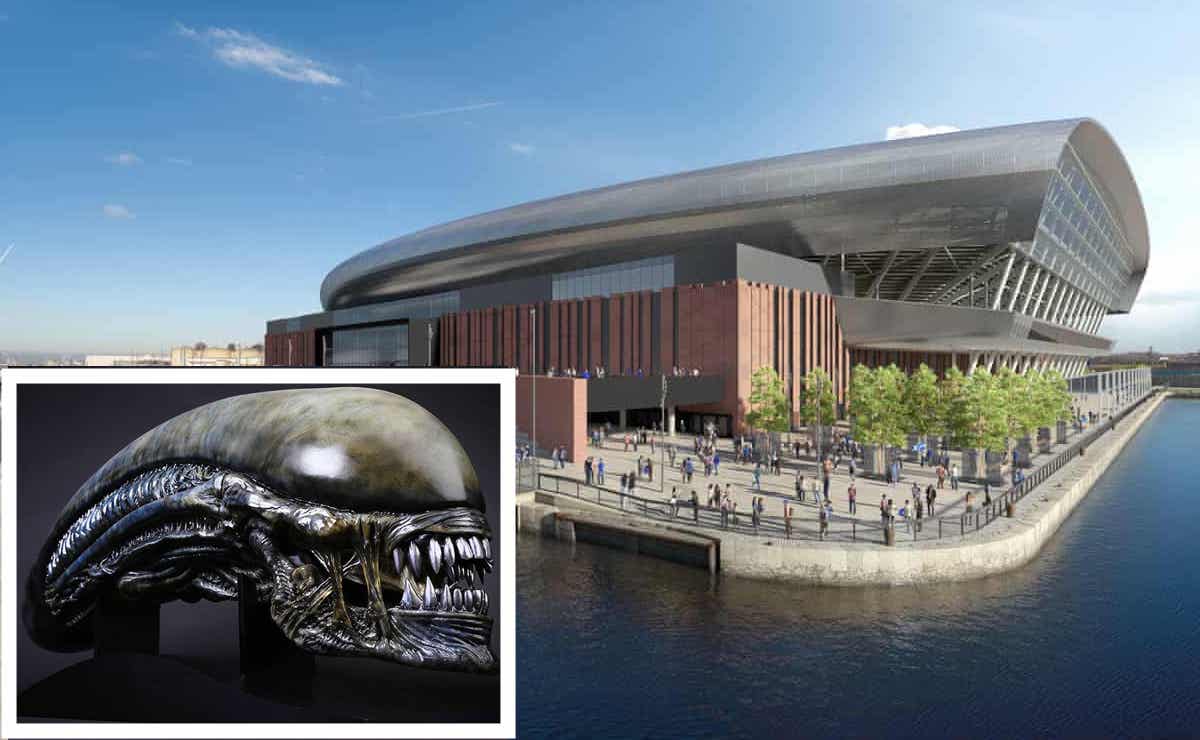 Hollywood filmmaker Ridley Scott is suing Everton FC following publication of the club’s plans for a new 52,000 seater waterfront stadium. The lawsuit alleges copyright infringement based upon a likeness to the titular ‘Alien’ from the movie franchise.

“It’s unfortunate,” Everton boss Carlo Ancelotti told Soccer on Sunday. “The club has never hidden that the stadium is inspired by Alien, Aliens, and to a lesser extent, Alien 3, Alien Resurrection, Prometheus, and Alien Covenant. Alien vs Predator did not influence the design, because it’s shite. And don’t get me started on Alien vs Predator 2.”

“The stadium is a homage,” said the Italian. “We also considered a design based on Predator, but the architect struggled with the dreadlocks. It’s never easy when you build a stadium after a movie. Tottenham’s stadium looks nothing like a velociraptor. They failed, no?”

“I mean it — don’t get me started on Alien vs Predator,” added Ancelotti. “Those Hollywood cunts shat on two classics.