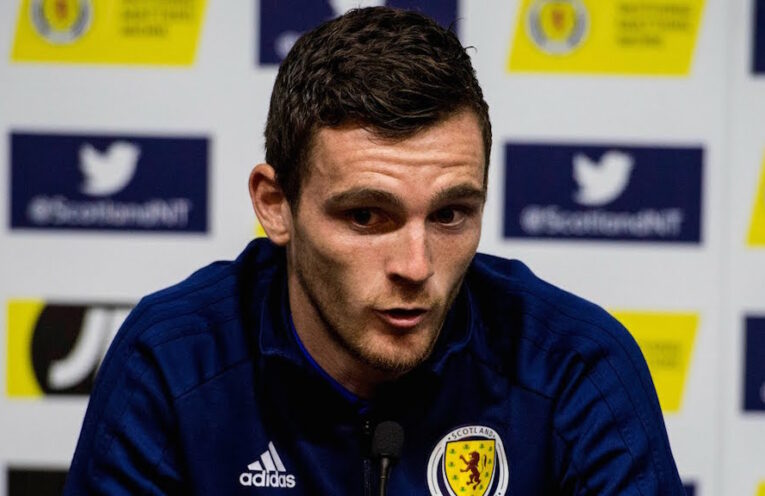 Andy Robertson has slammed his teammates following Scotland’s Euro qualification hammering at the hands of Belgium in Hampden Park. Scotland have lost their last three qualifiers, shipping nine goals and scoring only once, prompting captain Robertson to criticise attitudes among the squad. 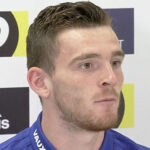 “I’m disappointed,” Robertson told Soccer on Sunday. “We Scottish are a proud race of horrible footballers. It’s well documented that we’re shite, but there’s a right way and a wrong way to lose. At 3 nil down Kenny McLean and Charlie Mulgrew are talking about where they’ll go after the game for deep-fried haggis. Don’t get me wrong — haggis is important. Next to family, there’s nothing more important in Scottish life. But there’s a time and a place.”

“Maybe I expect too much from the boys,” said the Liverpool defender. “None of them have won the Champions League, so asking them to control a football is like tossing a Rubik’s Cube to an orangutang and then getting frustrated when it can only complete one side. The problem might be me, to be fair.”

“I told the boys we need to pull together now,” added Robertson. “Because if things don’t improve, I’m off. Robert Snodgrass tried to start a slow clap, but it fizzled out. But that’s Snodsy for you. Can’t do anything right.”