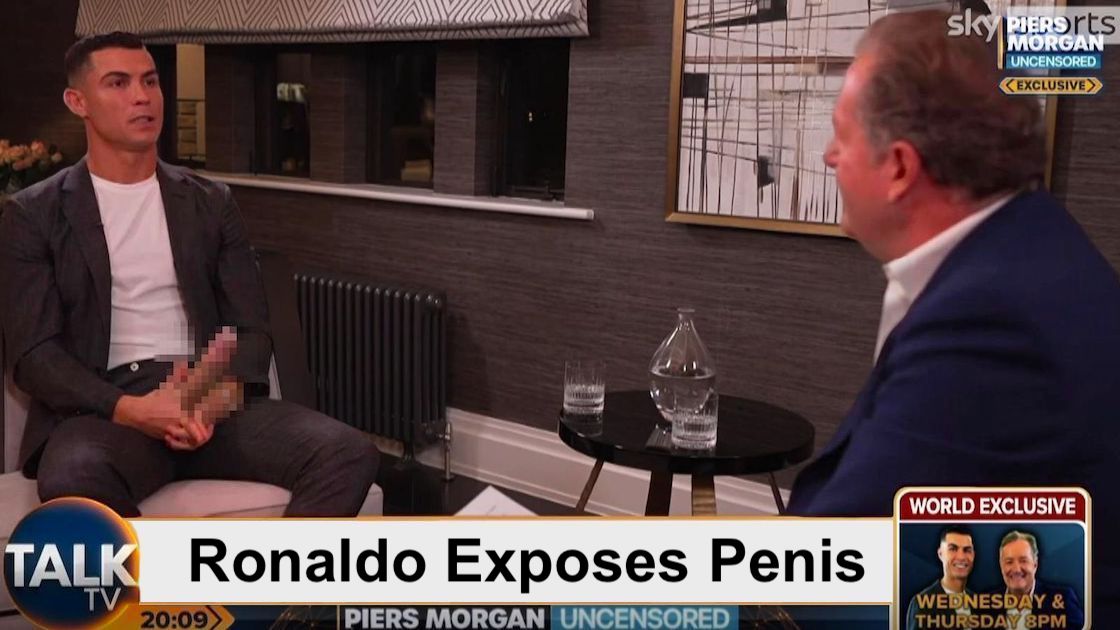 Cristiano Ronaldo has shocked viewers by exposing his erect penis during an interview with Piers Morgan. The UTD striker appeared to become aroused when speaking of his achievements.

“Five Ballon d’Ors,” said the Portuguese hitman, a visible bulge growing in his trousers. “Robbed of a sixth by that overrated little poxbag Messi. I respect Lionel, as I would respect any dwarf.”

“More goals than Pelé,” continued Ronaldo, unsheathing his erect penis to gasps from Morgan and his film crew. “Does Gary Neville have one this large and tanned? We shared a dressing room, so I know for a fact that he does not. Neither does Phil.”

“People should not criticise unless they are in the same ballpark, penis-wise,” he added as his erection fizzled out, to visible relief from Morgan and his team.