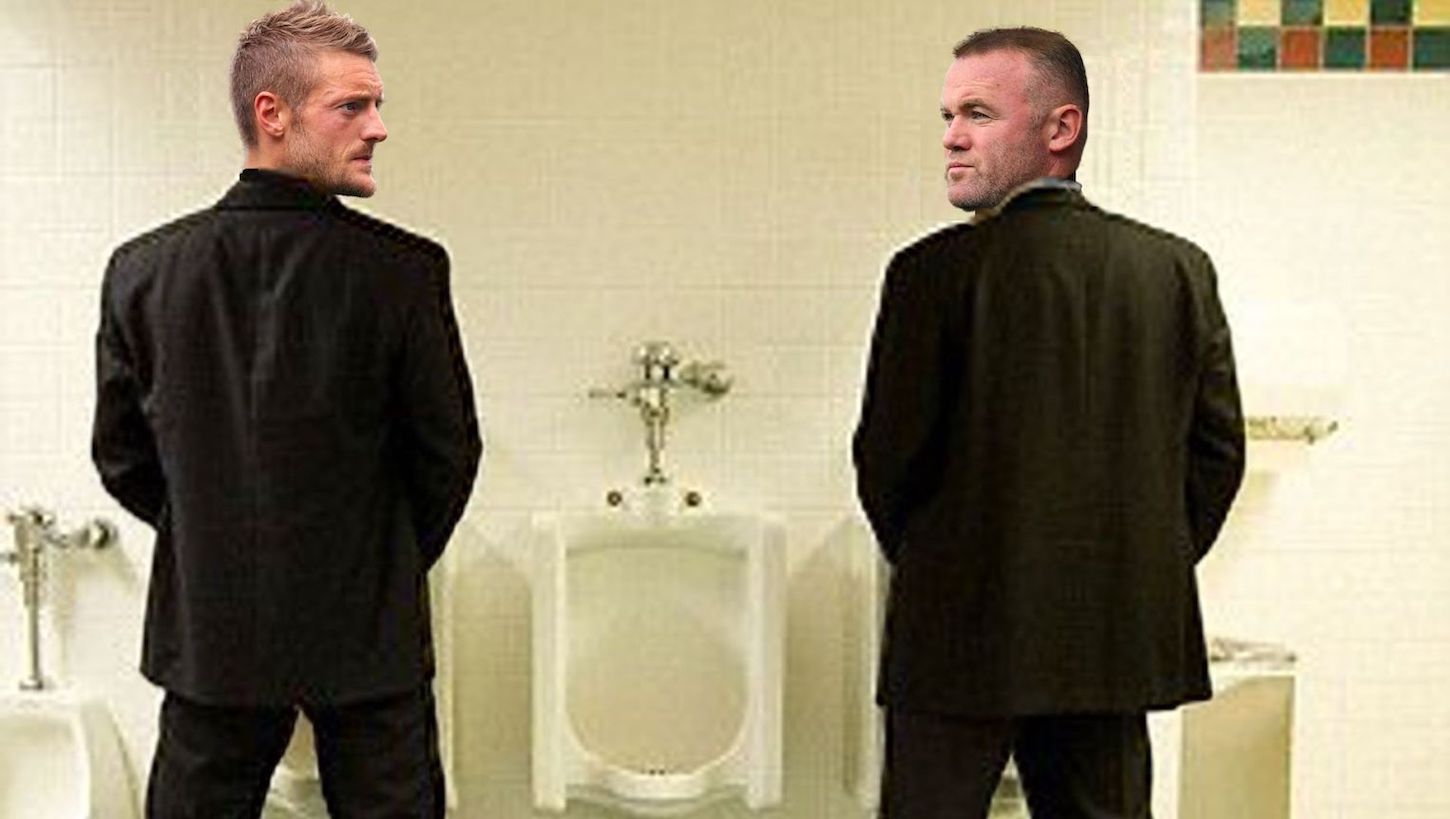 Wayne Rooney and Jamie Vardy shared an awkward moment at the urinals in a High Court mens’ room this afternoon. The former England teammates are attending the so-called ‘Wagatha Christie’ libel trial.

“Yeah, a bit awkward,” Rooney told Soccer on Sunday. “I gave Jamie a nod as he was taking out his penis and he mumbled, ‘Sorry about Becky’. I just kept my eyes fixed on my own penis, but then he says, ‘Are you not going to say sorry about Coleen?’ Both our penises were out by then, to be fair.”

“We shook hands on it and then put away our penises,” said the 36 year-old. “Probably it would have been better to shake our penises, put them away, wash our hands and then shake on it. As I say, it was a high-pressure situation. Sometimes the rule book goes out the window.”

“He was queueing for a brown a few hours later, when I came out of the cubicle,” added Rooney. “I’d absolutely destroyed the bowl and the flush wasn’t working. So it’s awkward between us now again.”