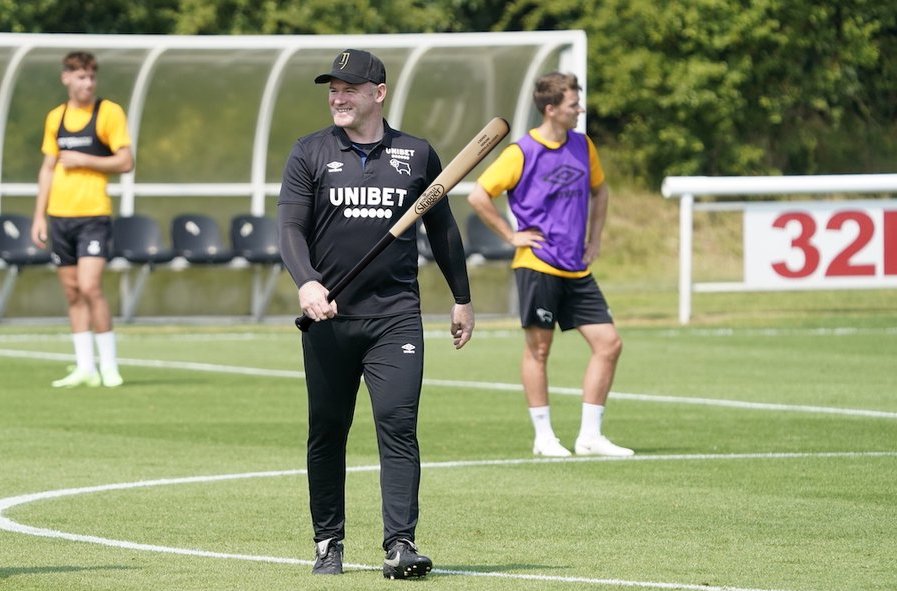 Wayne Rooney has reportedly injured 3 more Derby players during a training session by striking them with a baseball bat. The 36 year-old has only 9 registered players at his disposal, 4 of which we has himself now injured.

“It’s unfortunate,” Rooney told Soccer on Sunday. “The baseball bat is just to motivate the lads with severe beatings. I’ve had a few personal problems lately, and maybe that’s caused me to lose control and go too far during this training session. I’d be lying if I said I didn’t think I’d killed David Marshall.”

“It’s definitely something we’ll look at,” said the former striker, when asked whether he’ll leave the bat at home from now on. “Some players need an arm around the shoulder, others need a baseball bat to the knee, throat or face. As I say, it’s horses for courses.”

“If Coleen drops by, don’t let her have the bat,” added Rooney.