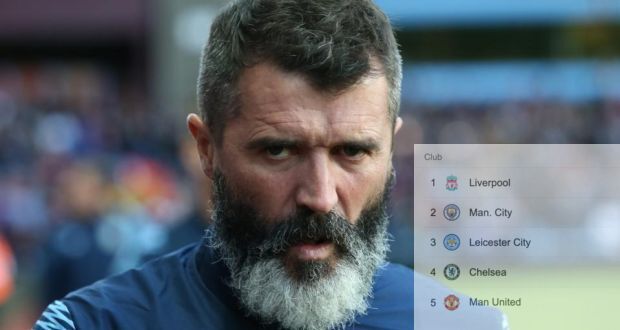 A good team — not a great team. Expect the league to be clinched early doors

With Guardiola finally exposed as a foreign spoofer, expect City to go off a cliff and end up back where they belong in League One by 2023

I expect Leicester to hang on to 3rd, even if Rodgers does give me the creeps. It always feels like he’s undressing you with his eyes

Frank gets an easy ride with the English media, but I think he’s shite. Chelsea will bottle 4th and Frank will be a team captain on A League of Their Own by Christmas

Ole needs time, and I’ll thump the head off anybody who says different

Put your house on Mourinho throwing a wobbler and blaming lockdown when everything turns to shit. I hate him

Graham Souness called Arsenal a team of son-in-laws. A flock of grannies, more like. Be lucky to scrape top 10, the spineless windbags

Looks like Steve Bruce will be given a £200 million transfer war chest once the club’s sale goes through. Only joking, the new owners will obviously sack Brucey straight after touring the facilities

Can you believe these cunts won the European Cup in the 80s? UEFA should take it back

What kind of a name is Pukki? Good riddance