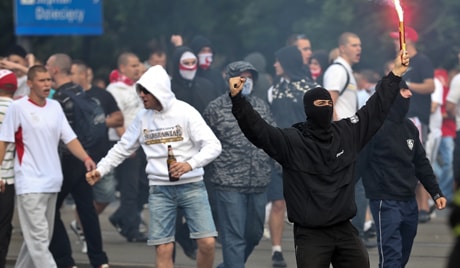 Russian hooligans have called for a loosening of security at the European Championships in France. The thugs have also criticised the weight and smoothness of chairs outside cafés and bars. 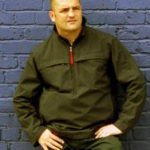 “We’re sick of it,” Nikolai Zangief told Soccer on Sunday. “Plastic chairs are only good as chairs. Smash an elderly bystander in the face with one and he mightn’t even collapse. How are six of us supposed to wade in with head stomps if the old geezer isn’t even unconscious? Give us the tools, and we’ll do the hooligan’ing.”

“The police are oppressing us,” added the hooligan. “Hooligan’ing is a proud Russian culture. My father and mother were both hooligans. They met while kicking the face off a pregnant Polish woman in the 80s. I was conceived during a riot at a Spartak Moscow home game against Lokomotiv, and born during a riot at the return fixture. My mother tried to strangle a copper with the umbilical cord and he pepper-sprayed the two of us.” 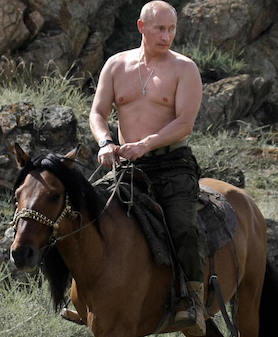 “A little hooligan’ing never hurt anybody,” he told Soccer on Sunday. “It’s just violent banter. UEFA need to grow thicker skins, because the hooligan’ing in France is only a warm-up. Come the World Cup, no fan is getting in and out of Mother Russia without a fractured skull. I plan to repurpose the army as hooligans for the duration, and we’re toying with throwing open the doors of the prisons. It’s the little touches.”

“I’ve appointed Dolph Lundgren as Head of Hooligan’ing for 2018,” added Putin. “He’s Swedish, but he played Ivan Drago in Rocky 4, which makes him more Russian than vodka. I’m sure he’ll do a fine job. And if not? Let’s just say the hooligan’er could become the hooligan’ee.”