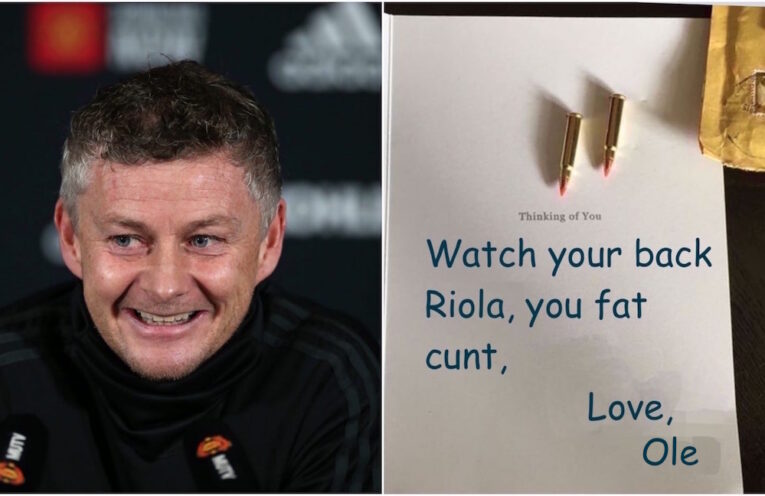 Ole Gunnar Solskjaer has admitted posting a pair of bullets to agent Mino Raiola as their war of words threatens to escalate into violence. Solskjaer has been incensed by Raiola’s continued public broadsides over the last year.

“Handbags,” Solskjaer said of the posted bullets. “It’s just a bit of gun banter, to be fair. Will I shoot Mino if he keeps going? That’s a conversation for another day. As I say, I’ve no plans to shoot Mino in the face and dismember his carcass with my hedge trimmer at this time.”

“I won’t let Mino get under my skin,” said the Norwegian. “I’ll blow his brains out long before it reaches that point.”

“You have to expect to participate in the odd murder at this level,” added Solskjaer. “It’s part and parcel of the game.”