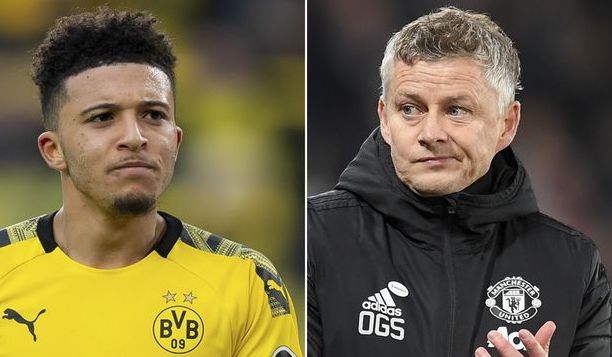 Ole Gunnar Solskjaer has appealed to Borussia Dortmund to sell UTD highly-rated English winger Jadon Sancho. The Norwegian was speaking in the aftermath of his side’s worrying defeat to Crystal Palace.

“Please sell us Sancho,” said Solskjaer. “Ed might not thank me for saying this, but we’re desperate. I’ll get onto my hands and knees if needs be, and I’m willing to do certain things while I’m down there. I’ll fellate the whole Dortmund transfer committee, if that’s what it takes.”

“I’m brown bread without Sancho,” the former striker told Soccer on Sunday. “My message to Dortmund is, just give us Sancho you heartless shower of Kraut bastards.”