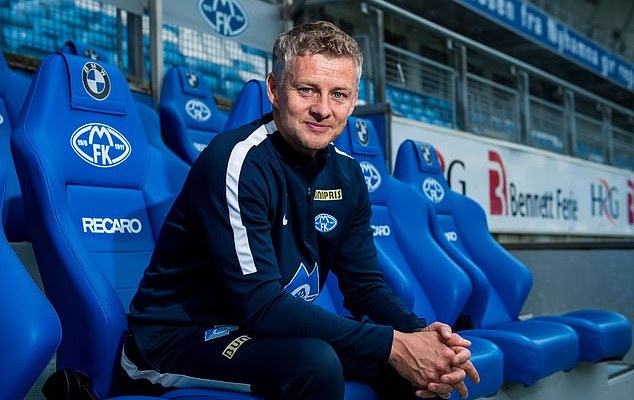 Ole Gunnar Solskjaer has been appointed manager of Norwegian top flight club Molde for a third time. The 48 year-old was dismissed by Manchester UTD yesterday after two and a half seasons.

“I’m delighted to be back,” the former striker told Soccer on Sunday. “It’s wonderful to know that every time I crash and burn in the Premier League, I can just breeze back into Molde. Top of my shopping list for January is Harry Maguire — thanks to my coaching, Molde can afford him now.”

“Speaking in my own tongue again is a relief,” said Solskjaer. “People in England don’t realise, but in Norwegian I sound smoother than Benedict Cumberbatch. The missus won’t thank me for saying so, but I have to beat the clunge off with a stick here in Norway.”

“Molde can probably afford Shaw and Wan-Bissaka now too,” he added. “Not to blow my own trumpet, but that’s thanks to me.”