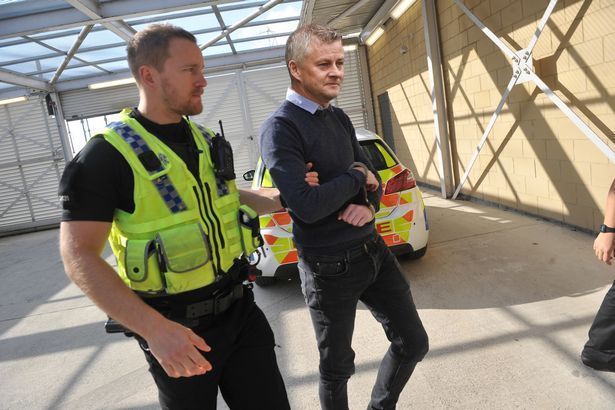 Ole Gunnar Solskjaer has been arrested by officers from the Greater Manchester Police’s Child Protection agency. The Manchester UTD manager had spoken publicly of withholding food from his children.

“I hope they fry Ole,” rival manager José Mourinho told Soccer on Sunday. “To me, the death penalty is appropriate. Hanging or electrocution, or perhaps an injection. Whichever is most painful — the important thing is that he is killed.”

“No death penalty in Britain?” said the former UTD boss. “Disappointing. If Ole returns to the streets, mark my words, he will deprive children of food again. I would put a bullet in him myself, but I’m extremely busy.”

“Ole is a psychopath,” added Mourinho. “This much is clear.”