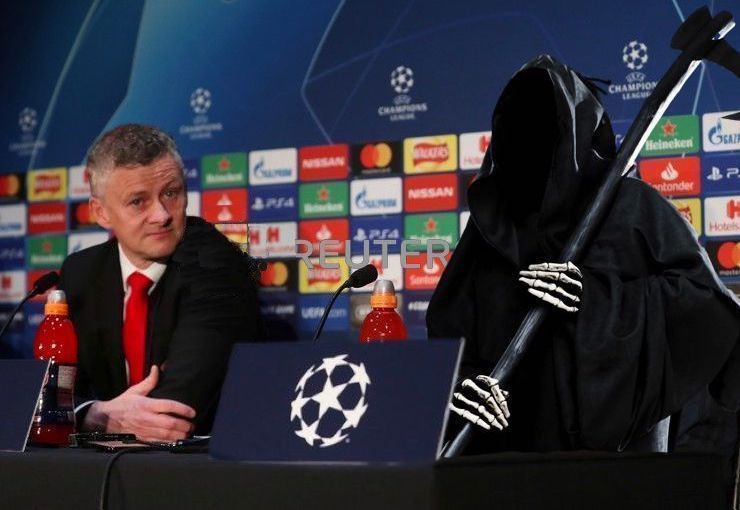 Ole Gunnar Solskjaer has denied that he is a ‘Dead Man Walking’ in a press conference also attended by ‘Death’ on Tuesday. UTD’s poor form has been under the spotlight all season.

“Pressure is for tyres,” the Norwegian told Soccer on Sunday. “You lot see Death sniffing about the odd press conference, then put 2 and 2 together and get 4. Maybe he’s just looking for directions to Steve Bruce’s house? You’ll have to ask him.”

Death himself refused to be drawn on the topic.

“No decision’s been made,” the Grim Reaper told Soccer on Sunday. “You lot in the press would love a headline. But my job is to stay out of the way and let Ole do his. I have the height of respect for this man to my right. It’ll give me no pleasure to swing this scythe.”

“Let’s hope it doesn’t come to that,” he added, sharpening the blade and wheeling his chair a few inches closer to Solskjaer.