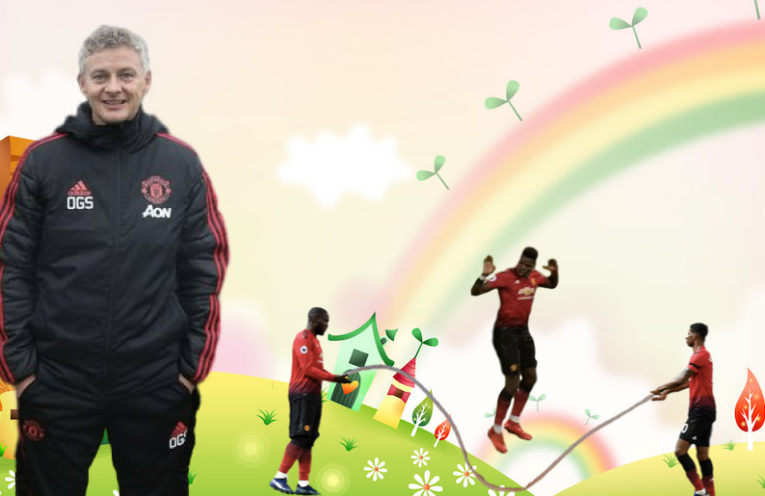 Ole Gunnar Solskjaer issued fines this morning to Luke Shaw, Antonio Valencia and Eric Bailly for not smiling enough, the Norwegian has confirmed. Solskjaer has been credited with returning smiles to the faces of Manchester UTD players, but it is now clear that a strict policy is being enforced. 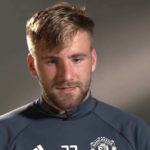 “The gaffer’s been a bit harsh,” Luke Shaw told Soccer on Sunday. “I got word that my dog Paw Scholes was run over and killed, so I stopped smiling for 6 or 7 seconds. Bang — fined two week’s wages. Most of the lads are suffering jaw cramps from over-smiling, but we can’t stop because the gaffer has snitches everywhere. Phil Jones had to smile through his gran’s funeral last week.”

“We’ve maybe swung from one extreme to the other,” added the English international. “José would take off his belt and flog you in the showers if he caught you smiling. It’s well documented that he flogged the hole off me for breaking into a half-smile when my daughter was born. Different management styles, I guess.” 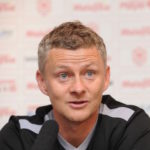 Solskjaer insists that the fines will continue for players found with neutral expressions.

“I won’t tolerate non-smiling,” he told Soccer on Sunday. “If these players aren’t prepared to smile 24 hours a day, 7 days a week, then I’ll find players who will. I don’t care if I have to sign Kriss Akabusi, my job is to put smiles back on the players’ faces and I’ll sack every one of these prima donna cunts if they don’t grin like their lives depend upon it.”

“Smile, or so help me I’ll give you something to not smile about,” added the former striker.