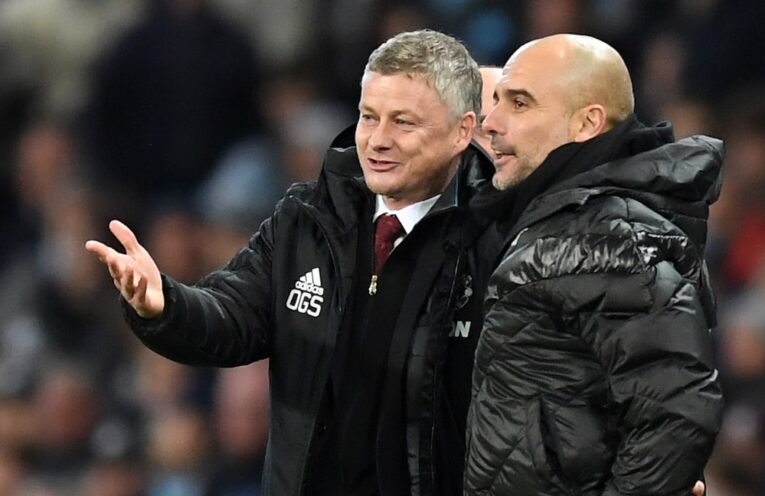 “Pep’s a good lad,” Solskjaer told Soccer on Sunday. “Maybe a little naive, but I’ve offered to drop around and explain the basics on his kitchen table using the salt and pepper shakers. I’ll go slowly so it doesn’t go over his bald head, bless.”

“We didn’t even train this week,” said Solskjaer. “We knew it was City at the weekend, so I let the lads stay up all last night smoking hash and skulling cans of Stella. Fred only arrived 5 minutes before kick-off with some old slapper from Essex hanging out of him.”

“I reminded him that any other week that wouldn’t be tolerated,” he added. “But, you know. City this week, so it was hard to keep a straight face.”