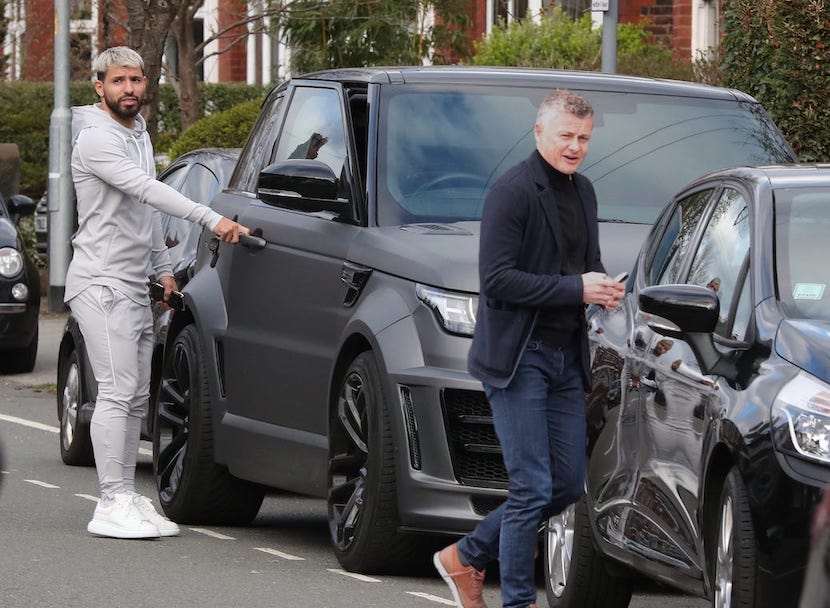 Ole Gunnar Solskjaer has moved quickly to quell speculation after he was photographed meeting Sergio Agüero in a Manchester park. The Argentine striker announced this week his intention to leave Manchester City after a decade.

“No, that would be illegal,” Solskjaer told Soccer on Sunday, when asked if a possible transfer was discussed. “People are putting 2 and 2 together and getting 4. I was only there to have sex with the lad. I categorically deny tapping up another club’s player.”

“No,” said the Norwegian when asked if he’s gay. “You lot in the press are probably going to make a mountain out of this sex excuse, aren’t you? But the real story here is that a lad hasn’t been tapped up. Not which Premier League footballer is having sex with which manager.”

“Manager breaks no rules,” added Solskjaer. “There’s your story — why don’t you print that?”