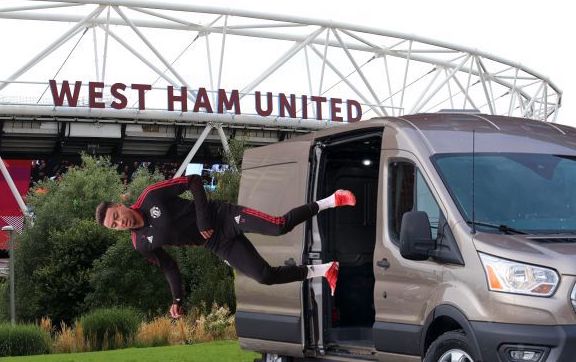 Ole Gunnar Solskjaer was spotted throwing Jess Lingard out of a van outside the London Stadium, home venue of West Ham UTD. The midfielder gifted Young Boys victory over UTD yesterday with a sloppy back pass.

“Jesse knows the situation,” Solskjaer told Soccer on Sunday. “It’s normal to chuck out unwanted junk in any walk of life, and West Ham are always sniffing about for scraps of this and that. We stuck a skip outside Old Trafford the other week — an hour later David Moyes was neck deep, pulling out an old microwave oven.”

“No,” said the Norwegian, when asked if he is angry with Lingard. “People will say, ‘Why did you back the van over him after you’d fucked him out?’ I’d be lying if I said it was an accident, but we all blow off steam in different ways.”

“Driving forward over him afterward was genuinely an accident,” he added. “A wasp flew into the van, and I sort of lost it for a few seconds.”