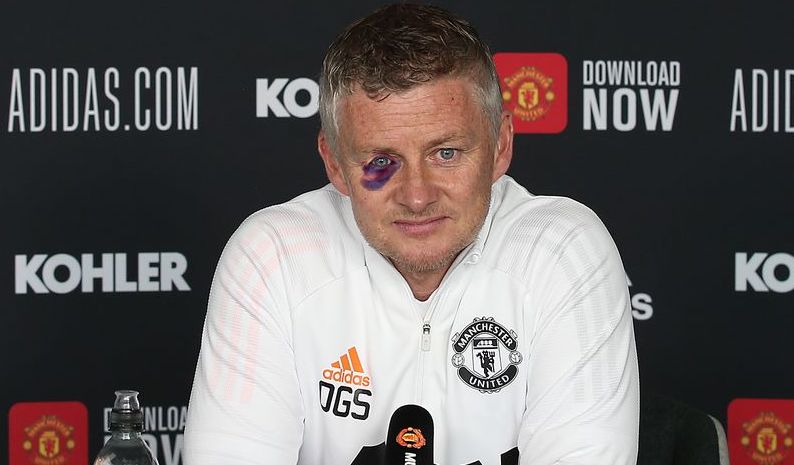 Ole Gunnar Solskjaer conducted his post-match press conference after Saturday’s draw with Everton wearing a fresh black eye. The Norwegian had controversially named Cristiano Ronaldo among his substitutes for the tie.

“Cristiano is Cristiano,” he told Soccer on Sunday. “You’re always going to have that bit of violent banter when he’s left out of the team. You lot in the media will probably make a mountain out of this shiner, but the doctors say I could regain 60% of sight in the eye over the next year or so. You can’t say fairer than that.”