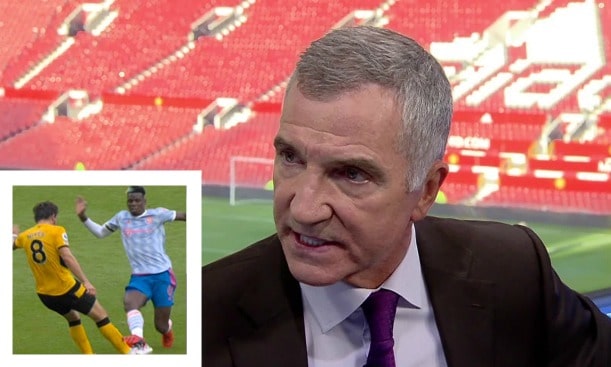 Graham Souness has called on the FA to ban Paul Pogba for life following his lunge on Rúben Neves during yesterday’s Premier League clash. The Sky Sports pundit referred to the tackle as a ‘leg breaker’.

“It’s assault,” Souness told Soccer on Sunday. “The boy Neves is lucky to be alive. I’d ban Pogba for life and also launch criminal proceedings. We did away with the death penalty in this country in 1969, which was a mistake. But there’s no reason why Paul shouldn’t serve 10 to 15 years in Wakefield.”

“I’d be willing to bring Paul in myself,” said the 68 year-old. “I still have my bounty hunter license from the early days in Glasgow, and I’m also licensed to use nunchucks. Not many people know, but I’m the guy who brought in Rolf Harris.”

“I went through two sets of nunchucks on Harris,” he added. “I thought it would be a 5 minute job, but it turned into a life and death struggle. Tough as an old didgeridoo, Harris.”