Graeme Souness has apologised to Paul Pogba for threatening to kill him in an angry Skype call this evening. The French World Cup winner had earlier reignited their war of words by claiming not to know who the Sky Sports pundit is. 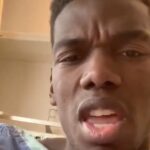 “It was very frightening,” Pogba told Soccer on Sunday. “Mr Souness Skyped me around dinner time and verbally abused me in Scottish. He threatened to pull my head out through my arse when the pandemic ends, and also to socially distance my penis from my testicles. It was very graphic.”

“I’m having panic attacks,” said the Manchester UTD star. “There should be laws against Scottish people. Why are they allowed out of Scotland? The safety of non-Scottish people seems to be an afterthought.”