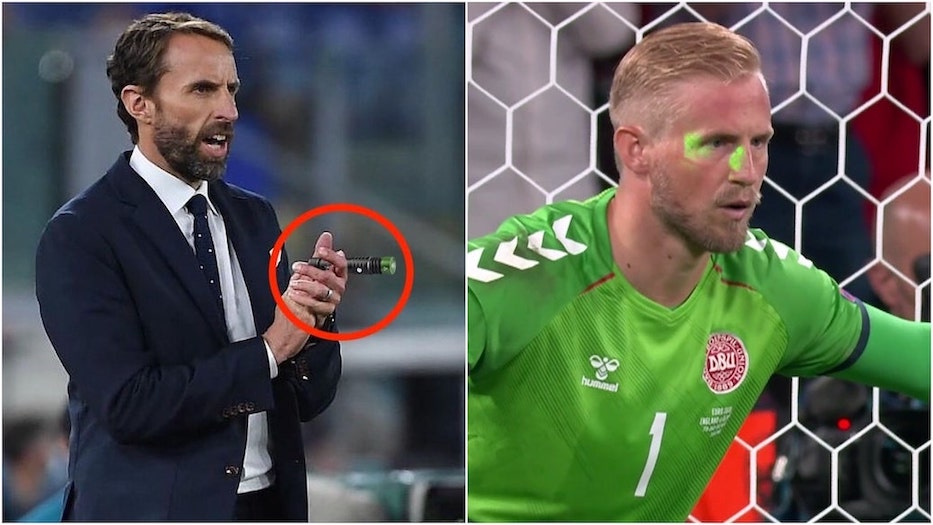 Gareth Southgate has been charged by UEFA with misconduct after photos emerged of the England manager holding a laser pointer. Denmark goalkeeper Kasper Schmeichel was bombarded by such a device during Wednesday’s semi-final.

“Storm in a teacup,” Southgate told Soccer on Sunday. “Did I engage in a little laser banter with Kasper? Yes, but show me the rule that says you can’t shine a laser into a goalkeeper’s eyes during a penalty. I would be in favour of UEFA and FIFA closing that loophole. But until then I’ll keep blinding cunts with my gizmo, if you’ll pardon my french.”

“Bear in mind, lasers are non-violent,” said the former Middlesbrough manager. “Big Harry wanted to pull another Greece, sneaking into the Danish hotel on Tuesday to savagely beat Kasper. I felt a laser was more dignified.”

“Of course,” added Southgate, when asked if he’ll bring his laser to Wembley on Sunday. “I’ll blind that Donnarumma cunt, if you’ll pardon my language.”