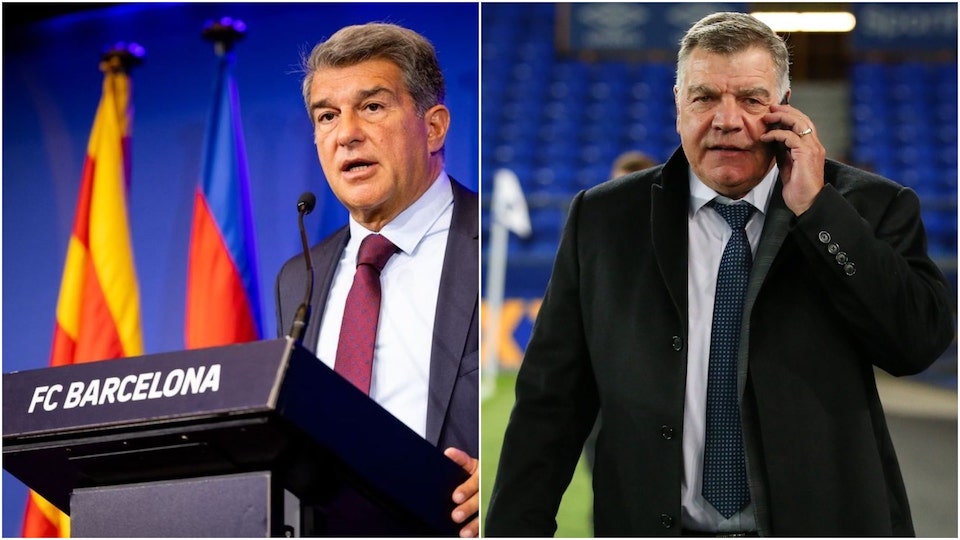 Barcelona have reportedly made contact with Sam Allardyce following a poor start to the post-Messi era. The club currently languish in 8th place, with manager Ronald Koeman rumoured to be on the brink.

“No comment,” Allardyce told Soccer on Sunday. “Barcelona have a wonderful manager in Ronald, and I don’t want to say too much before he’s sacked this weekend. But once Ronnie’s been flung onto the scrap heap, I’d be happy to come in and fix his unholy clusterfuck.”

“The fans can forget Tiki-Taka,” said the 66 year-old. “There’s no need for that greasy foreign nonsense now that the deadwood’s been cleared out — your Messis, your Griezmanns. People call Messi great, but he’s as useless as a nun’s fanny when you stick one into the mixer. A poor man’s Andy Carroll.”

“Lumping it into the mixer, long throws, nicking a goal from set pieces,” continued Allardyce. “That’ll be the new Barcelona philosophy.”

“Tiki Takardyce,” he added while filling a pint glass from a freshly-uncorked bottle of Vino.