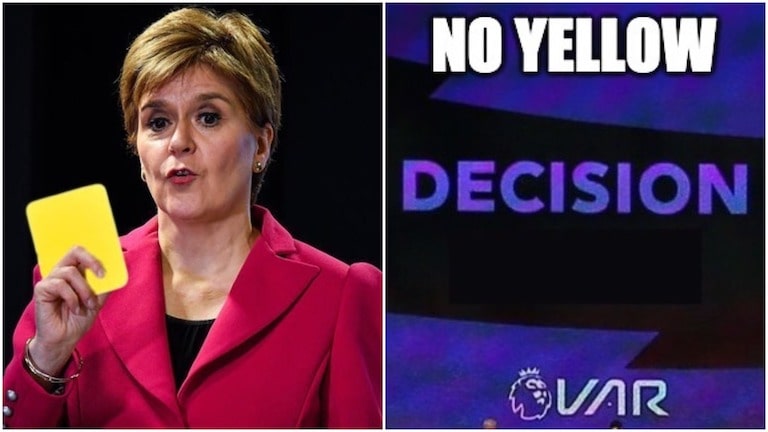 Nicola Sturgeon’s yellow card for Scottish football has been overturned following review by a Video Assistant Referee in Glasgow. The First Minister brandished the card after multiple breaches of lockdown rules. 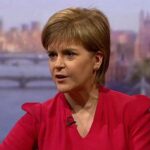 “Poxy VAR,” Sturgeon told Soccer on Sunday. “It’s ruining everything. Celtic players swanning off to Spain willy-nilly, Aberdeen players out on a bender — and VAR says there hasn’t been a ‘clear and obvious’ mistake? Fuck off VAR, with your stupid squiggly lines and your nit-picking.”

“I spat out my haggis when I heard,” said the SNP leader. “What’s the point of politicians carrying yellow and red cards if VAR is going to stick its stupid beak in? May as well toss them away, like a caber.”