Sturridge injures his everything 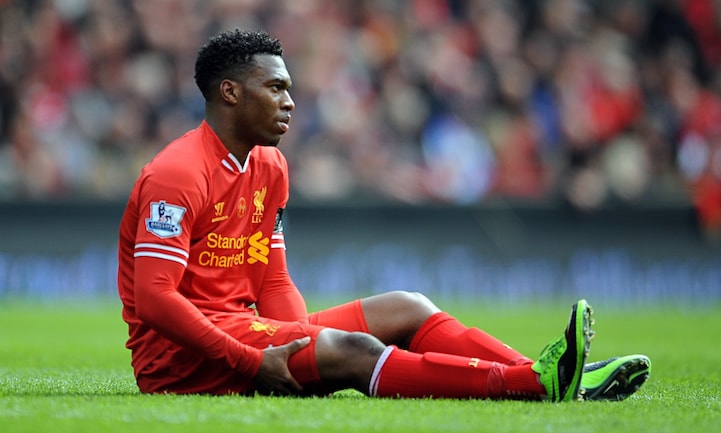 Daniel Sturridge’s injury nightmare continues as club medics confirm that he pulled his everything during a light training session at Melwood today. Initially thought to be a mild calf strain, a scan revealed that Sturridge had in fact pulled ever single muscle, tendon and ligament in his body.

“He’s even pulled his lung,” explained 1st team physio Chris Morgan. “When the muscles all popped, he took a big inhale and the lung just went. So it’s a double-whammy.”

This latest setback, which has left Sturridge temporarily wheelchair-bound and communicating through the same computer-assisted voice technology used by Stephen Hawking, is sure to raise further questions about the Liverpool striker’s durability.

“He’s pulled both eyeballs,” said club legend Jamie Carragher. “I’ve never heard of someone pulling one eyeball, let alone two. I don’t know whether he’s maybe not warmed up his eyeballs properly before training, but to be honest, it’s not something most players have to worry about.”

“If it was a hamstring followed by maybe another hamstring in the same season,” said Neville, “that’s something we’ve seen before. Some players are prone. My worry for Sturridge is that he’s torn and somehow inverted his anus, controlling a simple pass from James Milner. To me, that doesn’t sound right.”

The new injuries are a bitter blow for Sturridge, who had only just returned to 1st team training. Nevertheless, the England international remains upbeat.

“Obviously I’m gutted. But it only makes me hungrier to get out of this wheelchair, get off this ventilator, learn to walk and move my arms again, and get back to scoring goals for Liverpool football club.”