Sturridge out for season with Brain Freeze

Daniel Sturridge has been ruled out for the rest of the season with Brain Freeze. The Liverpool striker was enjoying a day out with friends when he took a bad reaction to an ice-cream cone, believed to be a 99.

“He seemed in high spirits,” said eyewitness Janice Smith (52). “One minute he’s smiling and licking the cone, and next thing he’s stopped dead and closed his eyes. I’m a nurse myself, so when I saw him pinching his nose, I knew straight away it was Brain Freeze.”

Mrs Smith applied first aid to Sturridge. “I did what I could until the ambulance arrived, but with Brain Freeze, there’s not a lot that can be done. I just rolled him into the recovery position, held his hand and told him it was going to be ok.” 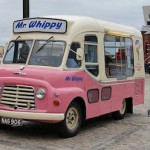 The cone — which may have had sprinkles — was dispensed by local vendor Steve Whippy. “I just sell the stuff”, said Mr Whippy. “I can’t follow every customer to make sure they eat responsibly.”

Liverpool manager Jurgen Klopp appeared to criticise Sturridge earlier this week, suggesting that the England international might need to learn how to play through certain pain barriers. Sky Sports pundit Jamie Carragher is of a similar mind.

“Wouldn’t wish it on my worst enemy,” Carragher told Soccer on Sunday. “Brain Freeze is a terrible thing. I remember Stevie floored a Cornetto in Istanbul 15 minutes before the game, and next thing he’s clutching his nose and pale as a ghost. But wild horses wouldn’t have kept him from walking out onto the pitch.”

A frail and gaunt Sturridge posted a picture of himself last night on social media from his hospital bed, with the caption: “Gutted to have Brain Freeze. Doctors say my brain should fully thaw for preseason. Can’t wait to come back stronger than ever for Liverpool football club!”