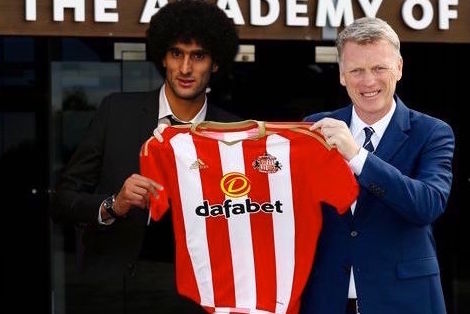 Sunderland have completed the signing of Marouane Fellaini for £27 million. The Belgian midfielder becomes David Moyes’ first signing since taking charge at the Stadium of Light.

Fellaini will now link up with Moyes for a third time, and insists that he would never pass up an opportunity to play for the Scot.

“David is like a father to me,” The Belgian told Soccer on Sunday. “He taught me about life. Driving a car, baking a flan, making sweet, sweet love to a woman — I learnt it all from David. I’d elbow my way through fire if he asked me to.”

“I’m ready to give everything,” he added. “Except against Newcastle. It’s no secret that my gran was born in Gosforth. I’ve been a diehard member of the Toon Army since I was a lad in Belgium, so David’s agreed to let me sit out any derbies against my beloved Magpies. I’m sure the fans will understand.” 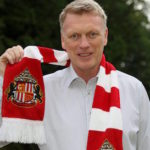 Moyes admits that his relationship with Fellaini goes beyond football.

“Marouane is like a son to me,” the Scot told Soccer on Sunday. “He was a teenager when he came to England. I remember teaching him how to boil an egg, and make sweet, sweet love to a woman. When he asked me to be godfather to his child, it was the proudest moment of my life. He doesn’t have any children yet, but as soon as he does, I’m up.”

“Marouane is a horrible footballer,” added Moyes. “There’s few worse — he’d admit that himself. But he’s a world class anti-footballer. Nobody ruins a game like Marouane. I need someone like that, who can take a game by the scruff of the neck and suck every ounce of joy out of it. Mark my words, he’ll have fans leaving early and turning off TVs in their droves.” 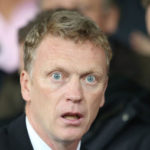 “It won’t be pretty,” said Moyes. “The Stadium of Light will be where football comes to die, but I can promise Sunderland fans one thing. No matter how much they hate what they see, the opposition will hate it nearly as much.”