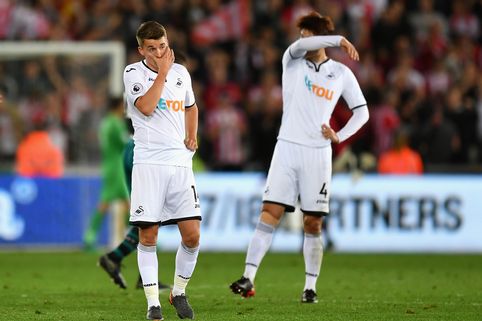 Swansea City have been relegated to The Championship after conspiring to disrupt the preparations of rivals Southampton earlier this week. The FA docked Swansea 1 point for their part in cancelling Southampton’s booking at The Marriott Hotel, leaving the Welsh club 4 points from safety with only 3 to play for. 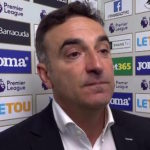 “I take full responsibility,” Swansea manager Carlos Carvalhal told Soccer on Sunday. “It’s not The Marriott’s fault. I rang Mark Hughes pretending to be a hotel receptionist called Samantha, and told him there was a huge outbreak of the shits. I said it was being treated as a Brown Alert, and we had no choice but to cancel all bookings.”

“Mark was quite flirtatious,” added the Portuguese manager. “He told me that I had a sexy voice and asked what I was wearing. It was only when I declined to give him a hand-job under a nearby bridge that he became angry about the cancelled booking.”

“I’d like to apologise to the fans,” said Carvalhal. “If I’d known we might be relegated, I’d have thrown on a wig and went straight to the bridge. Not giving Mark Hughes that hand-job will haunt me for the rest of my days.” 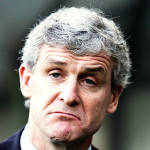 “This isn’t about hand-jobs,” the former UTD striker told Soccer on Sunday. “We could stand here and argue about who offered whom a hand-job until the cows come home. The reality is that Swansea engaged in dirty tricks and they’ve been rightly punished. It’s not the FA’s job to police hand-jobs, but it is their job to ensure a level playing field.”